This is the new Toyota GRMN Yaris, which is described as a fully tuned version of the much beloved GR Yaris. Making its debut at this year’s Tokyo Auto Salon, the hot hatch is limited to just 500 units and will be sold through GR Garages in Japan through a lottery system, with the lucky buyers being contacted from March 9 onwards.

According to Toyota, the GRMN Yaris was developed with input from a team of professional drivers, including the company’s president Akio Toyoda, who races a GR Yaris under the pseudonym “Morizo” in the Super Taikyu Series. The master driver is joined by other Toyota Gazoo Racing drivers, including Kazuya Oshima, Hiroaki Ishiura, Norihiko Katsuta and Masahiro Sasaki.

Using lessons learned from motorsports competition, the GRMN Yaris boasts enhanced body rigidity thanks to 545 additional spot welds, more structural adhesive, and a reinforcement brace that takes up some cargo space. The last item sees the deletion of the rear seats, while another item thrown out is the touchscreen infotainment system, which is just one of a few weight-saving measures.

Other changes in the cabin include a pair of Recaro full bucket seats as well as an Alcantara-trimmed steering wheel, gear knob and handbrake. The plaque on the centre console has also been swapped out for a GRMN-branded one so the one passenger you can bring along is reminded that you splurged for the “Gazoo Racing Masters of Nurburgring” model.

In terms of mechanical changes, the GRMN Yaris gets GR-specific mechanical limited-slip differentials front and rear instead of Torsen units, a reinforced three-puck metal clutch and pressure plate, while close ratios are used for the six-speed manual transmission. The G16E-GTS 1.6 litre turbocharged three-cylinder engine is left as-is, still producing a healthy 272 PS and 370 Nm of torque.

Moving outside, Toyota says the GRMN Yaris is 10 mm wider and its ride height is 10 mm lower when compared to a GR Yaris for better aerodynamics and a lower centre of gravity. In its base form, the car also gets a new roof and vented bonnet made out of carbon-fibre reinforced plastic (CFRP) with a twill weave, which, together with the removed items in the cabin, makes the GRMN Yaris approximately 20 kg lighter than the standard model.

While these improvements are already pretty extensive, Toyota also offers two optional packages to take things even further. The first is the Rally Package that adds on a GR-tuned shock absorber and short stabiliser link set, an underguard set as well as a roll bar with side protection.

The other option is called the Circuit Package, which is focused on road performance and will be fitted to just 50 cars. This package is a lot more comprehensive and includes 18-inch BBS wheels, 18-inch brakes, a swan neck rear wing made of the same material as the bonnet and roof, a front lip spoiler, side skirts and a set of Bilstein shock absorbers with adjustable damping force. A special Matte Steel body colour is also available with this package.

For existing GR Yaris owners, some of these parts will be made available around fall 2022 to “allow customers to experience some of the GRMN Yaris performance,” as Toyota puts it. For those lucky enough to secure an allocation, it’ll cost 7.317 million yen (RM268,928) for the base GRMN Yaris. With the Rally Package, the asking price goes up to 8,378,764 yen (RM307,976), while the Circuit Package-equipped model is the costliest at 8.467 million yen (RM311,219).

Customers of the GRMN Yaris will also receive additional support from Toyota in the form of Update and Personalisation programme services. The former is aimed at those who want a race car-like experience, and through GR Garages, can have their car improved using additional parts and software updates. Meanwhile, the Personalisation programme helps to tailor the car to the driver to bring out their potential at various circuits in Japan.

Originating from the corporate world with a background in finance and economics, Gerard’s strong love for cars led him to take the plunge into the automotive media industry. It was only then did he realise that there are more things to a car than just horsepower count.

Related Topics:featured
Up Next 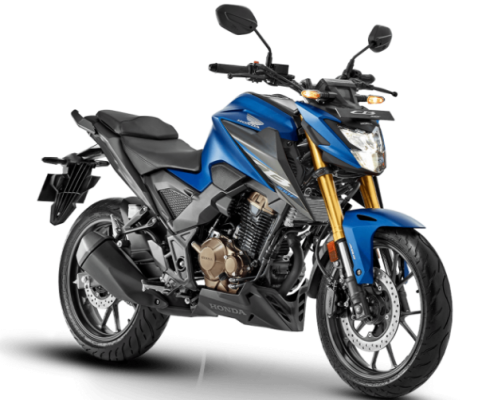 Styling for the CB300F follows typical naked sportsbike design, but moving away from Honda’s current language of Neo retro modern classics. Body shape on the CB300F is sharp and aggressive, unlike the CB300R and CB300RS.

Fuel for the CB300F is in a 14.1-litre with a claimed weight for 153 kg. Tyre sizing is 17-inches shod with 110/70 in front tyre and 150/60 at the back, fitted with upside-down forks and preload-adjustable monoshock, with single hydraulic brake discs.

Coming with diverse and extensive experience in heavy engineering, Mohan enjoys making anything with wheels go fast, especially motorcycles. His weapon of choice is the Desmoquattro engine, and he has a penchant for anything with a dash of Italian design. Strangely enough, he insists he’s a slow rider. 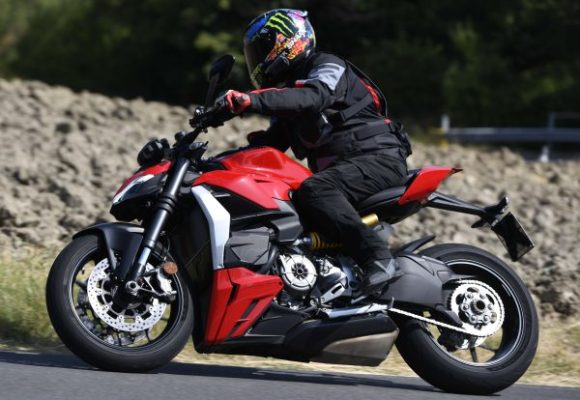 Despite challenges faced in supply chain management faced by automotive manufacturers worldwide, Italian motorcycle maker Ducati has managed to post a record first half profit and revenue in 2022. The Borgo Panigale firm recorded 542 million euros (RM2.45 billion) in revenue for the first half of this year, an increase of 5.4% over the 512 million euros (RM2.31 billion) revenue recorded in 2021.

Worldwide, the Multistrada V4 is Ducati’s best selling model as of July 2022, with 6,139 units delivered. This is followed by the Monster, with 4,776 motorcycles delivered, and the Scrambler Ducati 800 family with 3,999 motorcycles reaching customer hands.

For Malaysia, Ducati has posted 50% better sales performance over the same period last year. As for profitability, a similar 50% increase was recorded. Going forward, Ducati Malaysia is working closely with the Ducati Corse team for an exciting MotoGP experience for all Malaysian Ducati fans, said Dennis Michael, head of company.

Coming with diverse and extensive experience in heavy engineering, Mohan enjoys making anything with wheels go fast, especially motorcycles. His weapon of choice is the Desmoquattro engine, and he has a penchant for anything with a dash of Italian design. Strangely enough, he insists he’s a slow rider. 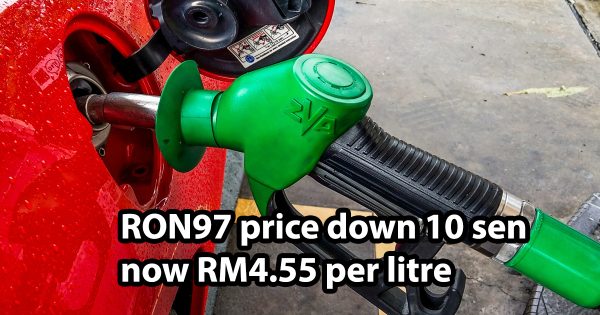 As Wednesday arrives, so does the latest set of fuel price updates in Malaysia for the coming week, and the ministry of finance has announced the latest prices of fuels for the week of July 28 to August 2, 2022.

The price of RON 97 petrol continues its steady descent, this week down by another 10 sen to RM4.55 per litre, down from the RM4.65 per litre pricing of last week.

Fluctuations for RON 97 fuel pricing do not affect the RON 95 grade of petrol, which remains at its price ceiling of RM2.05 per litre that was set by the government in February last year. Diesel fuels also remain as they were, with the Euro 5 B10 and B20 blends of diesel staying at RM2.15 per litre, and Euro 5 B7 diesel remaining 20 sen dearer at RM2.35 per litre.

These prices take effect from midnight tonight until Wednesday, August 3, 2022, when the next set of fuel price updates will be announced. This is the 31st edition of the weekly fuel pricing format for this year, and the 185th in total since the format’s introduction in 2019.

Open roads and closed circuits hold great allure for Mick Chan. Driving heaven to him is exercising a playful chassis on twisty paths; prizes ergonomics and involvement over gadgetry. Spent three years at a motoring newspaper and short stint with a magazine prior to joining this website.